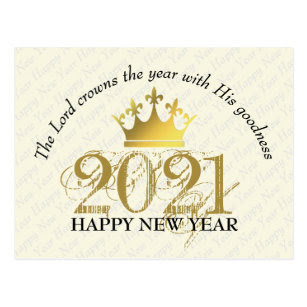 To be honest, 2021 doesn't have a much different "feel" to it than 2020; but, last Thursday, we received a defined moment in time at 11:59 PM, to take a deep breath, let all the frustrations that built up inside us explode, right along with the fire works bursting about, and offer up a welcoming prayer of hope for whatever is in store for the next 365 days.

I didn't stay up for midnight and the dawn of the new year, but I did have my own defining few moments of letting go of the old and welcoming the unknown... I determined to be more thankful for each of the 365 new days...which will bring 365 new opportunities to view God's-new-morning-mercies...and, 365 chances to reflect His glory...AND, most of all, intentionally watching for the countless out-pourings out God's faithfulness, adding up all the holy moments He interjects in those 365 days... 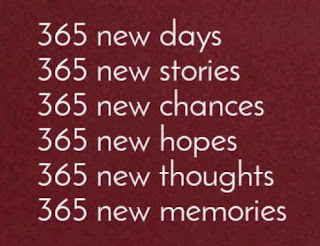 I do love fresh starts and new beginnings.

I'm driven to close out all the Quick Books Accounts for the previous year as fast as possible; clean out the closets; and, organize my world.

There's something very cathartic about doing so...

In order to feel ready for those 365 new days, I begin on January 1 making a to-do-list that will help me prepare fully for what's ahead.

If you've known me long, you know I thrive with a to-do-list.

I love checking the boxes. 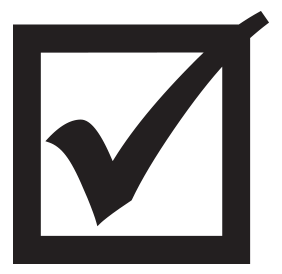 The problem is the list never really gets done, more is added before I ever get to that place.

There's not really a stopping point.

I'd truly like to be more like my nephew, Andrew, who stopped by one day not too long ago, and, emphatically (!!!!) declared to us that he was at least two weeks ahead of schedule!

BUT, this became a new "measuring stick" for Bay and I...we ask each other regularly how far ahead of schedule we are, or will we ever be?

This got me thinking.

Did Jesus have a to-do-list? 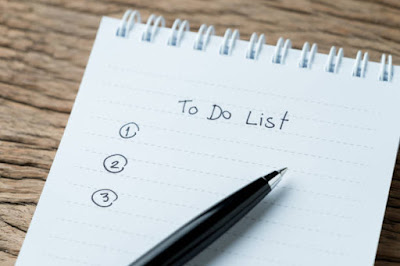 I happen to think He did.

I also happen to think that He enjoyed putting the check in the box, too...and, I inherited that bit of this particular DNA from Him.

In the midst of contemplating this silly notion, I remembered a random verse I'd read as I was finishing up the Gospels in the midst of the Read-the-Bible-Through program I did last year. So, I looked it up...

"And, taking the 12, He said to them, "See, we are going up to Jerusalem, and everything that is written about the Son of Man by the prophets will be completed..." 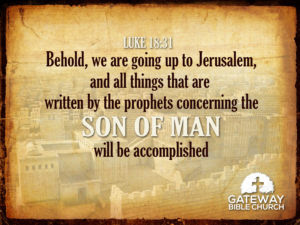 It's the word "completed" that rang in my ears...

The same Gk word, Jesus used on the cross when He breathed His last, saying,

It's the word transliterated, "tetelestai."

But, it's much more colorful and complex.

Behind the word finished, isn't just a checked box...Behind the word is a lifetime of living with a set-out, defined goal that the DO-ER would fulfill to the UTTERMOST!

When the word "tetelestai" is spoken, it means that the last, the very final, action in a long series of actions to be performed in succession has come to a close!

The prophets (through the Word of the Lord) began Jesus' to-do-list for Him.

Then more came as God-the-Father spelled out the rest of the list during His life on earth as God-the-Son.

When Jesus said "it is finished" that day on the cross, EVERYTHING, absolutely EVERYTHING He needed to do on earth was ☑...

That's where I'm heading in the next few blogs, at least.

I doubt I'll cover it all (it's A WHOLE LOT! - some scholars say there are as many as 456 prophecies from the Old Testament that Jesus fulfilled)...but, I definitely want to hit a few highlights.  For now, ponder this passage: 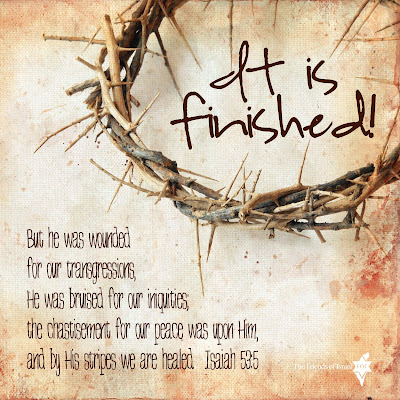 But, keep this in mind: