A Modern Portrait of Humility: A Tribute 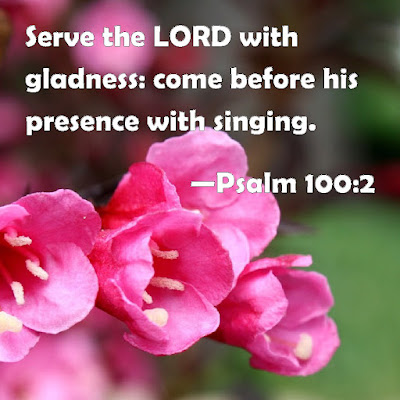 Remember this verse from last week?

It was key #2 to unlocking God's lessons on humility (#1 was knowing who we are in light of who He is)...

I hadn't quite put the period on last week's blog post, when I began to turn my attention to this week's "thought."

In my journal, just prior to shooting my words into the blogosphere, I jotted down the following: 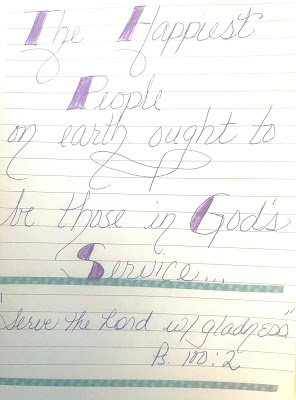 I have met some of these people...the ones who serve, and the ones who are, what I consider, some of the happiest, humblest people on earth.
It is only appropriate that I share a small portrait of one such individual:  A Moses in humility...a dear friend, who back in 2010, became World Magazine's "Daniel of the Year." (you can access his profile by connecting to the link).

Throughout his 36 years, serving in medical missions throughout Kenya, Dick Bransford, brought hope, healing, and most important of all, the gospel to millions - but, he served far and wide beyond Kenya's borders, going to some of the toughest places on the planet.
His specialty: helping disabled children - some of the most marginalized, and overlooked, in third world countries.
Bay and I were honored to call the Bransford family, our family.
And, Dick, and his wife, Millie, loved us and mentored us well.
We never passed Dick on our mission station, that he didn't stop us, chat for a minute, and ask: "So what are you reading now..."
It was his delight to push us out of our comfort zones that we might grow beyond our secluded little Rift Valley Academy world.
We wanted to be just like Dick and Millie when we "grew up."
On July 23, Dick passed away at home in Boone, NC at age 81.
The world truly lost a gem....a truly great man.
Yet, what I want you to see is how great man are only great when they learn nothing is beneath them when it comes to serving.
NOTHING!!!! 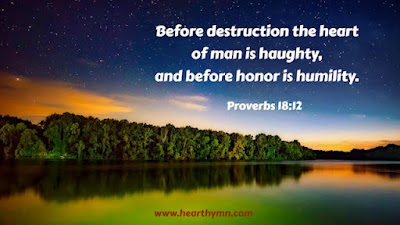 Great men and women serve just like Jesus. They are those who:
Do nothing from selfish ambition or conceit, but in humility count others more significant than [themselves].
These folks:
Look not only to [their] own interests, but also to the interests of others...and, have this mind, which is in Christ Jesus: who, though He was in the form of God, did not count equality with God a thing to be grasped, but emptied Himself, by taking the form of a servant, being born in the likeness of men. And being found in human form, He humbled Himself...
(Philippians 2:3-8)
******
With this passage, I close with one brief scenario from Dick's life:
For 11-frightening-days, during our sweet time at RVA, Bay struggled, bed-ridden with malaria, as did our youngest daughter, Mandy (age 7).
Dick had seen Bay and Mandy, given me the necessary meds that left them "swimming like they were under water," and warned me at one point, that perhaps they had more than just malaria, but possibly black water fever, and I was to keep a close eye on them.
Their medication schedules had me up nursing the two of them around the clock, with me catching the little sleep I could for rarely more than an hour at a time.
While still caring for them, I “coached” (ha!) Bay’s little basketball team, continued teaching my few classes, handed out assignments in his classes, and stayed up with our dorm boys, as well as our daughter, Steph, and son, Adam, while on the fly. 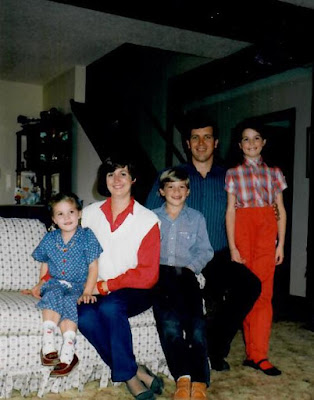 (first prayer card picture taken when we left for Kenya)
There was no question, I was getting pretty tired…and then, one blessed Sunday morning, Dick showed up at my door, still dressed for the hospital, having just made some of his own rounds, and ordered me to bed for a nap, while he kept an eye on Mandy and Bay, fevers still raging, still delirious and “seeing things" (we’ve had some good laughs over Bay requesting me to take those four guys standing in his room to the rodeo in Nairobi - when there were no guys, let alone a rodeo)….
At any rate, that nap was exactly what was needed…and I was able to keep the pace until both were recovered.
Bless him, I know Dick ran on very little sleep with all of his responsibilities, but his heart was HUGE…and his humility was even HUGER (is that a word?)….
Dick had his own family at home.
He had a hospital filled with patients.
He had a trip planned within the upcoming week to a strictly Muslim island off the coast of Kenya where he had found favor with the powers-that-be to bring modern Western medicine to a group of people stuck in "15th-century-living."
And, still, Dick Bransford had time for me.
He had time to care for my sick husband and daughter, shoo away needy dorm boys, and feed my other two kids lunch, just so I could catch a few hours of a nap.
Who does that?

Only those who have learned that serving others is serving Jesus, and they love to do it with GREAT JOY.
Only those who recognize who they really are in light of all they have been given by the Lord Jesus Christ, and, thus, live out of a heart of humility.

Only those who recognize NOTHING is beneath them...and, so, look to the interests of others... 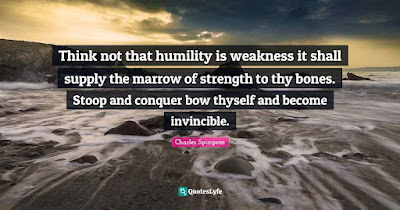 Our world needs more Dick and Millie Bransfords, who shine the light of Jesus, as they serve with GLADNESS.
Dick Bransford left my family an incredible inheritance.
No, it wasn't money (he wasn't wealthy - though, indeed, he could have been)...
What Dick left us was much greater...
The knowledge that serving out of a heart of humility, not seeing ourselves above or beyond any opportunity the Lord puts in our path, brings great reward in the form of peace and joy.
Until that day...may we live out the legacy you left us, Dick Bransford...and continue to put other's needs ahead of our own.
It’s exactly the kind of leader Moses was...
It's exactly how Jesus lived… 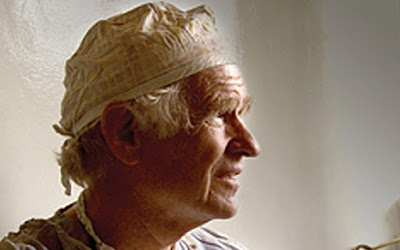 Want to hear more about this humble man?  Another dear friend wrote a great book about his life and it's on Amazon (click on link). 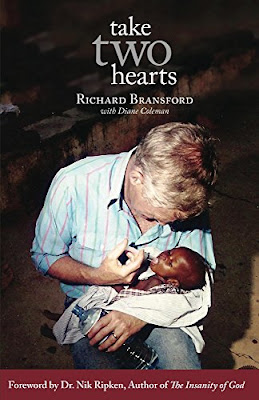