Feeling Timid About "Last Days?" Me, Too...But, there's a way to live instead! 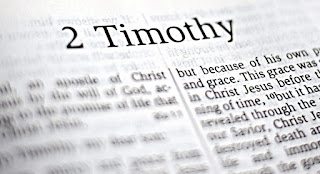 As I began diving into Paul's second letter to Timothy, I discovered my anxiety levels starting to rise.

Reading 2 Timothy is almost like listening to the evening news. 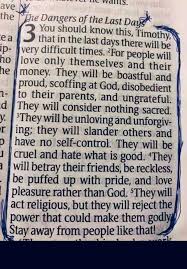 Right there, in the heart of the letter, Paul writes,


"Understand this that in the last days there will come times of difficulty (3:1)!"

English does no justice to Greek.

What Paul is saying isn't actually as straight-forward as I would like to think.

I mean, I've survived "difficulty" before....  BUT, this is unlike any difficulty I've endured...

Here's Peggy's amplified version of that one verse (and I'll write it as if Paul were writing to me).


"Peg, you better know with the very fabric and fiber of your being (intellectually, emotionally, socially, relationally, at EVERY LEVEL), and keep INTIMATELY IN MIND at all times, that in the last days, things are going to sneak in to catch you off guard. These things will be hard to bear. These things will cause you to shake your head in wonder at the insanity in front of you. Things will take a turn toward the troublesome, savage, and violent. In fact, things will get downright DANGEROUS for God's TRUE children."

Here's the thing. The other place in Scripture where the word for "difficult" is used is in Matthew 8:28.

And when he (Jesus) came to the other side, to the country of the Gadarenes, two demon-possessed men met him, coming out of the tombs, so fierce that no one could pass that way. 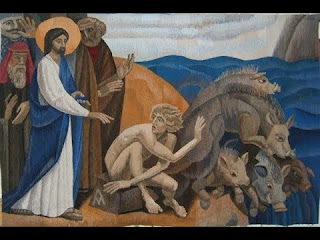 It's the beginning of the beautiful story of the demoniacs that Jesus healed...

Their blood curdling screams haunted folks in the night.

They broke chains off their bodies.

They were uncanny in their brute strength.

These men were DANGEROUS.

People avoided them at all costs...

What Paul is telling Tim is that, even though there will be periods of time when things seem peaceful, between now and the "Day of the Lord," the hard times for Christians will get worse and worse and more frequent as that day approaches.

And, the biggest problem of all will come from.......people.

People are almost always the problem (but, that's a blog for a few weeks from now).

Here's where the vulnerability comes in...

Right from the get-go, I'm feeling insecure, frightened, and downright, timid about the future. 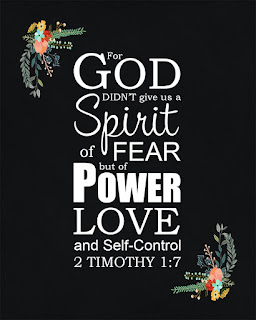 I'm the one who just completed fourteen different blogs on fear, anxiety, discouragement and #bebrave!

Now, one sentence, in the midst of my overview of this little letter, has my heart beating a bit faster, and my breathing becoming quite shallow (in fact, I'm reminding myself to "just breathe!").

The good news is that Paul knew that Timothy was feeling exactly the same way.

Paul knew his son-of-the-faith was prone to timidity.

If President Trump were naming Timothy, he'd be Tim-the-Timid. 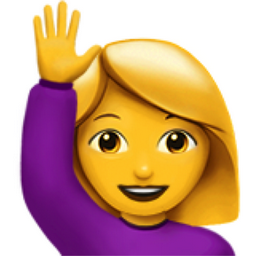 So, from the beginning of Chapter 1, Paul addresses the issues.

He admonishes and exhorts the "timids-of-us" in the church to several things that will help overcome our shyness in last days.

Here's what Paul has said to me: 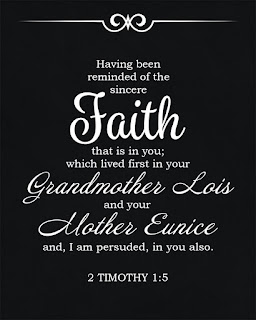 We talked about this last week.
Throughout the first chapter, Paul encourages great boldness.
Be bold and unashamed...
Be bold to guard the "good deposit (aka: the gospel)."
Be bold in entrusting the gospel to others.'
Share our gospel story!
How? 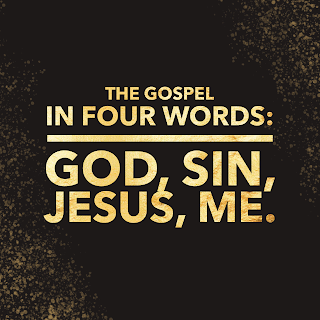 This is exactly what Paul is telling us -
But, I wonder, how many of us can do so with clarity?

Recently, I listened to a message by our former pastor in Phoenix, who encouraged his audience to be able to share the gospel in less than 3-minutes. He had great points, and good stories, but what I remember was him saying that we can share the gospel with four key words: God, Sin, Jesus, Me. If you want to hear that message, here's the link at Scottsdale Bible Church. 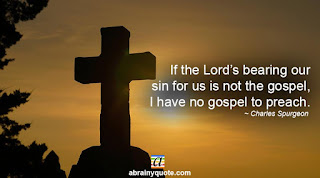 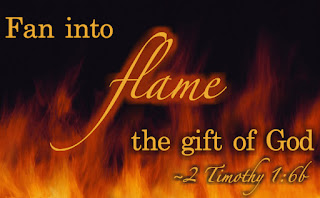 Fan into flame your spiritual gift.
Burn hot for Jesus!


So, the question I will be asking in this study of 2 Timothy is:

Well, look at the four points above.
Take the first letter of each red line...

We are to live on the ROCK!

The Rock is Jesus.
We remember Him, owning His gospel with clarity, staying passionate about Him and sharing our stories of hope! 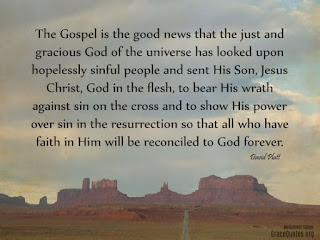