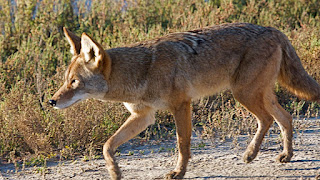 (Two days ago, as I walked to my neighbor's to have coffee, a lone coyote escorted me almost the entire way up the drive. Coyotes are somewhat fascinating creatures with a lesson to share!)

The last few nights the local coyotes have howled loudly and incessantly...

It caused me to wonder why coyotes make so much racket?

So, I went to the source-of-all-knowledge (the internet) and googled some answers.

Coyotes, as we know, travel in packs, or, families. 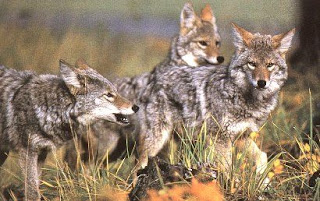 It's easier to take down their prey.

They are also territorial, yet, they often connect (and combine) with other local packs.

So, when two groups (or more) meet up, they "howl" in what is known as a "greeting song."

Apparently, there are about four different sounds a coyote makes...and each sound stands for something different. 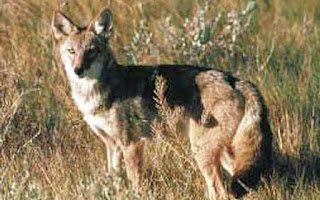 The howl is a way of saying hello, as well as acknowledging there is a familiar bond between the packs - an "agreement" of sorts; and, if the howl is also joined with "yips," it means that the dominant male has made his presence known and all the others in the newly formed pack are submitting to the leader.

By the way, the leader who emerges is often the loudest howler of all...

I found this interesting info - and there is a point coming....

It dawned on me as I was researching the coyote culture, that more recently, Christians have become quite a bit like coyotes....

And, truly, it's getting a little intimidating....and somewhat alarming!

All our howling is an indication of how divided we have become... 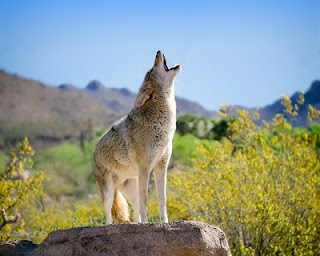 Instead, we're zeroing in on "causes."

Using current issues to pick our side...

And so, we start looking for our "pack."

The more vocal we are, the quicker we find ourselves in a group that "fits" us.

And the "wow-oo-wow" gets louder.

We're thrilled to be welcoming new members into our pack.

And, the more members join us, the more vicious the attacks.

I'm appalled at what I'm reading and hearing...

Two nights ago, the two men vying to run our country debated (if that's what you wish to call it). 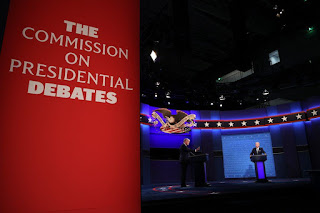 The debate we are watching is a mirror, it is us, we are seeing our marriages, our relationships, our churches, our social media engagements reenacted on national television.

All this howling....all this taking sides...

It's an indication of how much like coyotes we've become.

...and I wonder, why isn't the Lord doing something about it?

And, I'm taken right back to the prophet Habakkuk.

Last week, I brought up God's answer to Habakkuk, Part 1.

"Look around you - I am going to do a work that you won't believe!"

"I'm raising up the Babylonians (modern day, Iraq), that bitter and hasty nation...they will be swift to devour...come in violence...and gather captives like sand..." (Habakkuk 1:5-11)

The Lord is going to make course corrections!

He let Habakkuk know that He, indeed, would do something about the issues in Judah...

...but He'd use some very wicked-people to bring Judah to her senses;

...and, hopefully, bring about a RETURN to the Lord.

You'd think Habakkuk would be speechless, but he keeps asking questions - pouring  his heart out to the Lord.

Here's where I've landed, as I have done this overview of Habakkuk.

There's not a lot of difference between pre-exile Judah and "Christian America."

In fact, Scripture says, "There's nothing new under the sun." So, we shouldn't be surprised, but we should learn.... 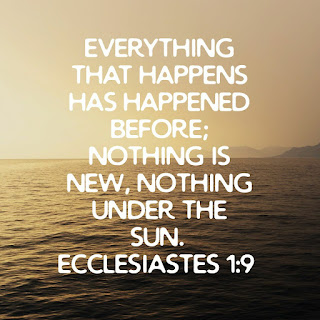 The Lord will use ANYTHING to get our attention in hopes that we RETURN to the Lord and His Word.

He has said in last days, there will be divisiveness...and a separation, between true sheep and goats.

This is what is so alarming to me about all the howling...

Instead of looking for our "people" who agree with us about the current political climate, instead we should be looking into our hearts, and asking one very important question:

Am I on the Lord's side?

Here's why the concern: it has to do with Jesus' parable of the ten virgins awaiting their groom (Matthew 25).

Five are "ready" for the bridegroom to come and get them for the marriage ceremony.

It's a prophetic parable: When Jesus returns in last days for his bride (the church), only half will be ready. 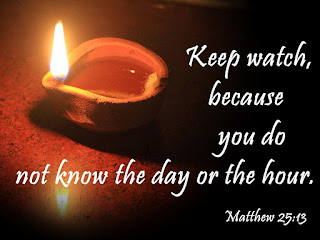 When the joyful sound of the groom's return is heard, it will be too late to RETURN and get prepared...

That mirror we looked into this week at the debates?

It's for one face only - mine!

What do I see?

Habakkuk comes to this conclusion in the vision he saw (2:20):

But the LORD is in his holy temple;

let all the earth keep silence before him.” 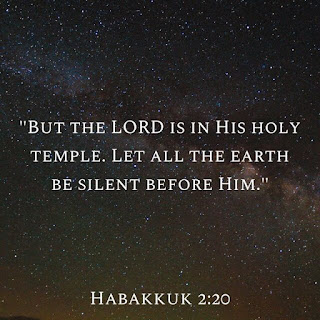 Jesus-Follower, each of us is His holy temple... 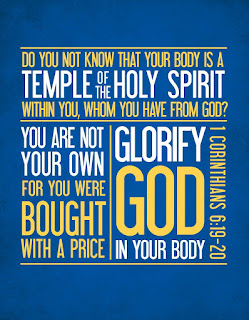 Is He on the throne?

Do we give Him reign of our lives?

There's only one response.

No more attempts to dominate with words or actions.

Bow silently before Him.