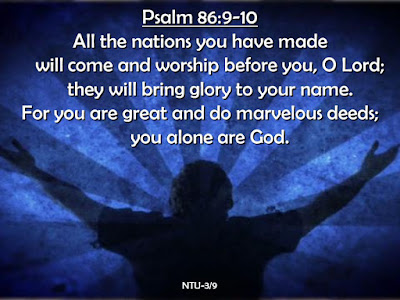 Each January, during the years we served at Rift Valley Academy in Kenya, Africa Inland Mission held their annual conference at the school.

During the conference, other missionaries reported on what God was up to in their areas of service, and Bay and I always enjoyed hearing the stories of how our Lord was making His great presence known!

Sometimes, there were crazy stories, almost unbelievable, except for the fact we knew a lot of these folks... They were credible people.

I'll not forget the conference, that friends (with whom we'd been to orientation school before arriving in Africa) spoke of some of their experiences attempting to plant churches in a very remote unreached tribal village. 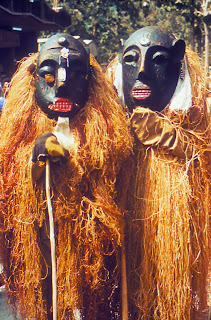 They told of animism, still actively recognized as a religion in many parts of the Dark Continent.

They spoke of the witch doctors, still greatly respected among the people, men meant to heal and treat ailments brought about by curses. Powerful men. Men, who often held more clout with the people than even the tribal chief.

And, they shared of those who had the ability to give the "evil eye." 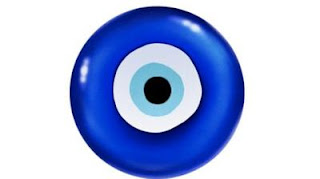 This is way beyond giving a "stink eye!"

Reports of folks with this ability go back as far as 6th century BC in classical Greek antiquity.

Those who utilize the "evil eye" tend to cast looks with malevolent intent on another, causing misfortune, injury, or harm via some supernatural force of evil.

The report I recall from our missionary friends was coming across the path of a man from their village who had been given the evil eye, gluing him in place, like a living statue.

This villager was so frozen in place he could not move, and had literally stood, unmoving, throughout the entire night.

You can imagine how dangerous this would be in a country like Kenya, where most wild things either bite you, sting you, or eat you...

Obviously, the lesson the missionary expounded on was grounded in 1 John 4:4 - "BUT, greater is He who is in us, than he (our enemy, the devil) who is in the world..." 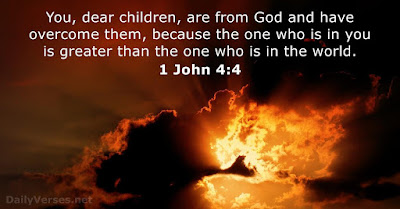 But today's blog post isn't exactly about this kind of "evil eye"...

In my study of Galatians, I finally reached chapter 3.

As is the case most of the time, when someone presents one view point, there is quite often a push-back from yet another side.

This happened in first century Christianity.

There was definitely push-back by a group of Jews who basically told Paul that he was making Christianity too easy....so easy, in fact, ANYBODY could believe and be saved....even Gentiles (say that with disdain in your voice).

They wanted Jewish law to be added to the gospel...

As soon as Paul planted a church, got it going, put a pastor in place, and set out to start new churches, these Jews would follow behind and "preach another gospel."

It made Paul furious.

We see some of his great frustration in the first verse of Chapter 3.

"O foolish Galatians! Who has bewitched you?" 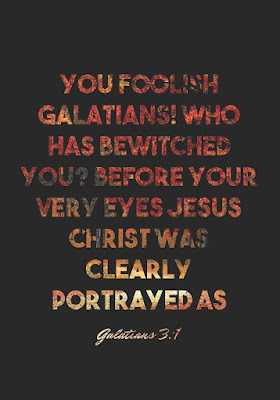 Remember there is often more to the Greek than what English translates...

So, here's what Paul is really saying:

"Who have you allowed to give you the evil eye, making absolute fools out of you!"

(Bewitched: Greek word transliterated baskaino - to bring evil on one by affecting them with an evil eye.)

"In fact," says Paul, "You are acting as if you haven't any ability to think for yourselves."

My first thought on reading this was that Jesus said, "Call no man a fool (Matthew 5:22)!"

So, I had to check out whether or not Paul was contradicting Jesus.

Jesus used the term raca, which was an insult.

Paul used the word not as an insult, but as a rebuke of those who disregarded God's obvious revelations.

The Galatians had fallen under a hypnotic spell of false teachers!

Sometimes, I find myself in the same position of the Galatian churches.

I'd rather let someone else do all my thinking for me.

It's much easier to listen to someone else expound on God's truth, especially from those who are better educated, enthusiastic personalities, passionate teachers.

I'd far rather believe what they say than to check out for myself if what they are preaching is TRUTH.

When I do, I put myself in a position to be bewitched;

...and, this, my friends, is a foolish, and dangerous, place to be!

Like those in the Berean church, which Paul founded, we should examine the Scriptures eagerly to see if the things that are taught are so (Acts 17:11)! 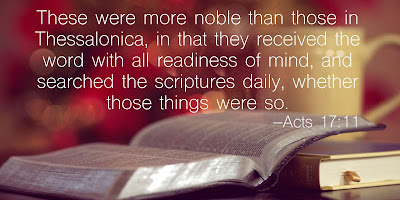 It was so important in first century Christianity...

BUT, it is FAR MORE important in the culture of today.

There are many who would just as readily give us the evil eye, making fools out of us all, rather than give us the TRUTH of the GOSPEL.

These would rather base their truth on what feels right, rather than what is right...

To this Paul says: 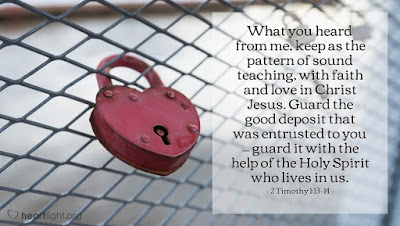 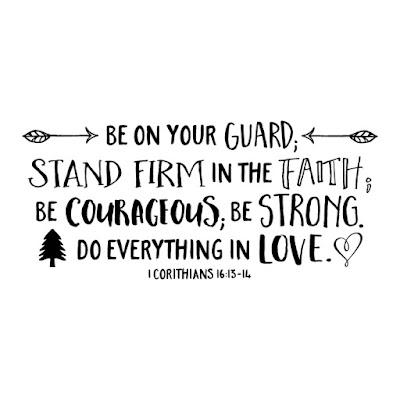