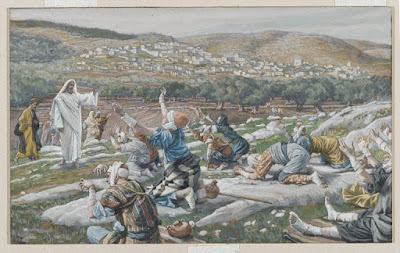 Their skin ulcerated...issuing a foul discharge.

Nerve endings numb (which in many cases left them with missing fingers or toes)...

That's how William Barclay describes the hideous disease in his Study Bible...

The ten had come seeking Jesus, and found Him along the road, traveling somewhere between Samaria and Galilee.

They kept their distance, as was the Law.

But, despite the difficulty in talking, they cried out for compassion...mercy...help...an answer to their most difficult prayer (ten voices are more easily heard than one)... 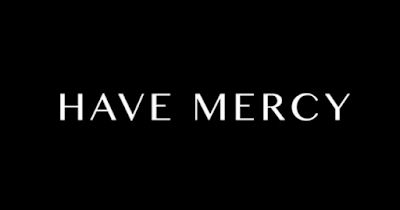 They'd heard the stories of Jesus healing other lepers, I'm sure...

I don't know if they expected the response from Jesus that they received, but they listened (in the sense of they did what He said):

The outcome was what they'd hoped for, however:

With restored voice from healed vocal chords, he cried out with an exceeding large and loud voice, praising God, glorifying the Lord, extolling His name.

He recognized there was a GREAT WHO behind the answered prayer.


There is only one response to a GREAT WHO..


There is only one thought towards that GREAT WHO...


I owe you a debt I cannot pay.

The beginnings of paying that debt start this way... 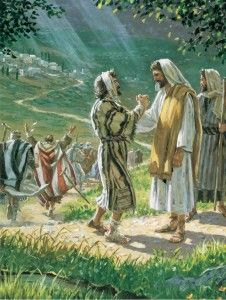 Is the ratio the same today? Do only one out of ten of us recognize our Heavenly Savior's hand of blessing? Do only 10% humble ourselves before Him, leaving 90%, who are so excited about the answer to prayer, that we disregard THE GREAT I AM without a word, or any kind of a sacrifice of thanksgiving? 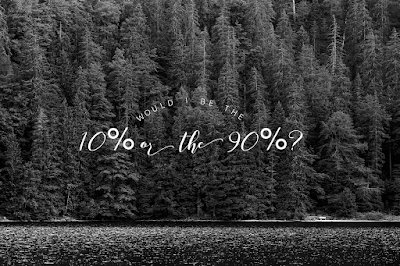 We've set aside a day here in America to do just this...give thanks out of a grateful heart. 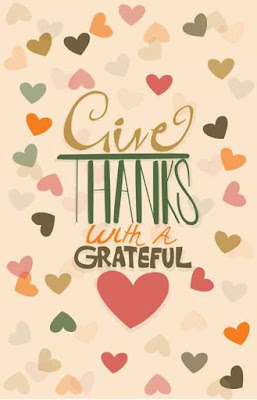 May our words of thanksgiving be many...

Our  hearts be humble...

and our recognition of God's gifts of blessing loudly proclaimed! 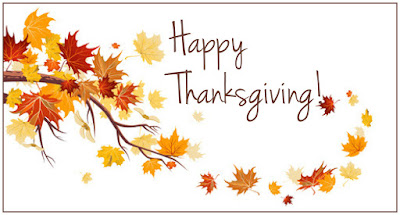