WHAT IF HOPE IS DISPENSED IN BROKENNESS? 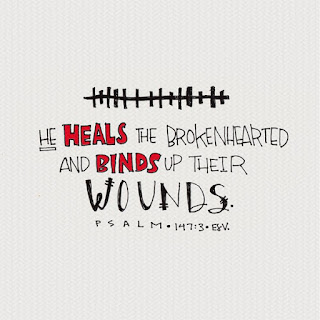 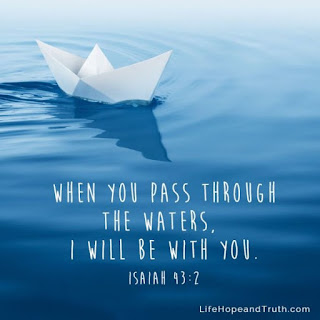 We just retuned from a twelve day trip to Oregon where we served / ministered in Bandon and McMinnville (there's a report of the trip located on my facebook page). In between events, we got a few special days on the Oregon coast, near where I grew up.

Bay treated us to a hotel that overlooked the rocky shores of the Pacific, and I was in my element. There is no place like the beach! 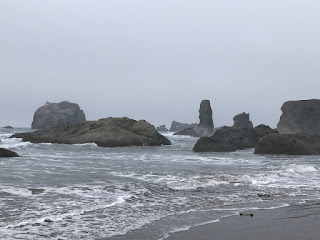 To say that I was spoiled lavishly is really an understatement. Who sits in their hotel room with doors wide open and a fire roaring, just to hear the waves rumble into shore, and watch the sun descend to the ocean floor? This girl!

I could hear the voice of one of my grand-motherly aunts ringing in my ears: 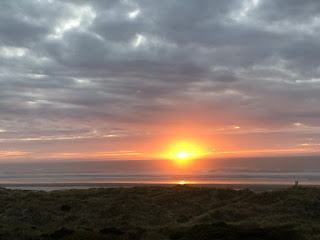 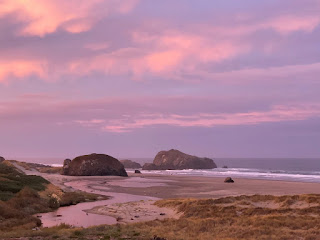 I took some long walks.

Sometimes with Bay (yes, I allowed him to join my general silent reflection and prayer time). Inevitably, I find treasures in the sand.

One afternoon, a broken half of a sand-dollar peeked out at me.

I generally pass the broken ones by, because who wants a broken one? 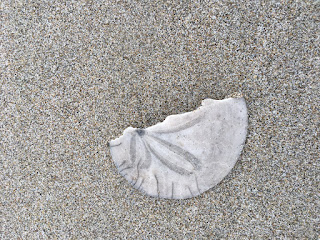 But, I had recently had a lesson on broken things...it's here, just in case you want to refer to it...and, this day my heart was feeling extremely tender toward brokenness.

So, I bent down to carefully pull it out of the wet sand, cradling it in my palm.

As I did, one of the "five doves" that are generally found inside a sand-dollar, fell out. 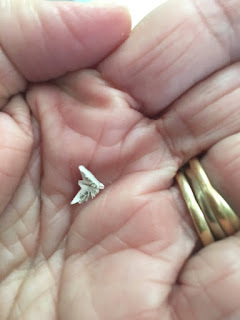 Now, in full disclosure, the "doves" are actually the "teeth" of a sand-dollar, but I've always loved the little poem that reveals how this ocean-treasure tells the story of the birth, death, and resurrection of Jesus.  It's much more romantic...

You can find that poem here. 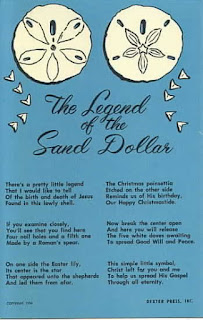 However, the doves can not be released until the sand-dollar is broken.


Out of brokenness comes something precious.

In Scripture, the presence of a "dove" is indicative of the Spirit of God.

At salvation, the Lord plants in each of us His Sweet Spirit, who comes to dwell inside.

And, it dawned on me, as I looked at that broken piece of sea urchin (that's a message, too, isn't it - aren't we all "urchins" whom God has poured out grace upon?), that we can never fully release the fulness of the Spirit in us, unless we've experienced brokenness.

It was later this thought landed on the pages of my journal.


The broken among us are the bravest of all, because we are willing to risk brokenness, by putting ourselves in the most vulnerable position of all, with the potential to be hurt, wounded, and cast aside.  But, in allowing ourselves to risk that kind of pain, we also allow the Spirit in us to be released, and the sweet aroma of Christ to rise to heaven with eternal impact.

When others get a whiff of the fragrance of the Spirit of the Savior, they will be drawn to Him.

So, what if? What if the dispensing of hope really means that we are to live in vulnerability with the risk of brokenness?

Would you be willing?

Would you be that kind of brave? 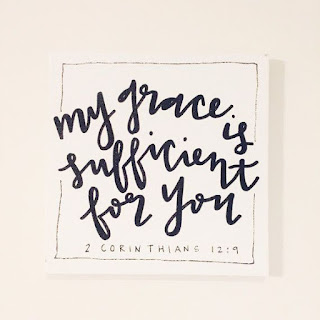 Would you be a living, breathing pharmacy of hope?  A follower of Jesus who allows the Spirit of God freedom, because you have allowed the Lord to break you as He deems necessary? When you do,  you will also live in the fulness of His Grace?

For when we are broken, He is made strong! His grace is sufficient...

Far more importantly, am I willing to do the same?

This is where you find me wrestling today...

Yet, I'm of the mind that the minute we learn to reconcile ourselves to brokenness, healing begins... 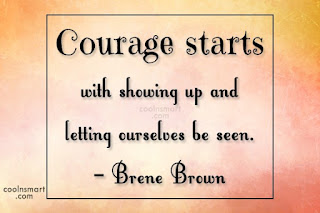