Why We're Having Disturbing Conversations These Days... 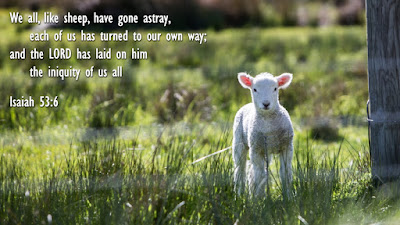 There are times I wonder what is happening in our world...

If my mother were alive, she'd be saying her oft overheard, "The world is going to hell in a hand-basket." 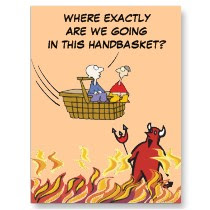 Not sure the meaning behind that sentiment, but it always sounded ominous...

...and, ominous, isn't a bad description for our world these days.

I've repeated the following conversation in similar formats with many over the last few months:

The other: I just don't understand what is happening! Our world is so divided...and, not just politically, but theologically...

Me: I know! Seems it used to be that while different denominations arose because of worship style preferences, mixed with a little different interpretation of a few random Scriptures, for the most part we all KNEW that we agreed on the heart of the same Creed (i.e. see 1 Corinthians 15:1-3). 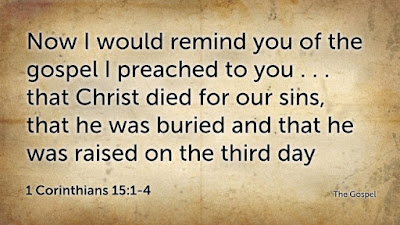 The other: But, today, theology has gotten so mixed in with politics, we can't find common ground on which to stand in order to find unity.

Me: I've never felt so lost and confused regarding God's Church. Many seem to be wandering away from the basic foundations of our faith...

What we need is a revival of truth...

What we need is not "my" rendition of truth...but, THE TRUTH from the One and Only Source of TRUTH: Jesus...THE WAY, THE TRUTH, THE LIFE!

We need this anthem to rise out of our hearts, once more: 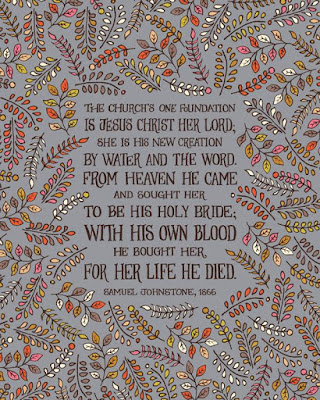 Yet, should we be surprised that we are having these kinds of conversations?

As the Lord spoke through Isaiah:

"All of us, like sheep, have strayed away. We have wandered off God's paths to follow our own (NLT)."

So, in the middle of Jesus' "to do list" is this line item:

There have always been plenty of examples of bad shepherds overseeing God's flock (Ezekiel 34).

The Lord spoke condemnation over these shepherds, declaring that He, Himself, would become the Shepherd (Ezekiel 34 and Psalm 23).

He would search for His sheep when they went astray....tirelessly!

He would care for them...compassionately!

He would tend them, bring healing to their wounds, and strengthen them, back to full health.

He assures His flock that He will lead them to good pasture and still waters...and give them rest for their souls.

Lest we think otherwise, He will discipline with His rod and staff...in JUSTICE!

Then (in the fulness of time), the Father sends His Son to do the same... 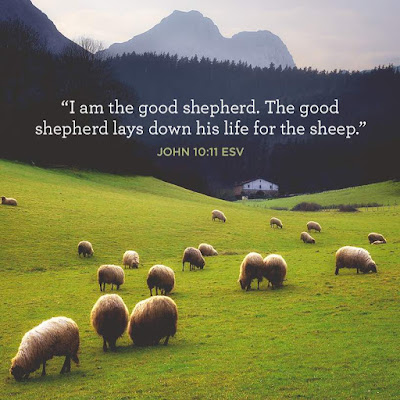 And, in the middle of ministry, Jesus offers up to His followers a parable.
A story about a ✅ Good Shepherd.
An overseer who leads his sheep, protects his sheep, counts his sheep, knows them by name, and is willing to lay down his life for just one.
Because the sheep have a tendency to wander off, leave the fold, and stop following the Shepherd to "go their own way, follow their own truth, live by their own conscience," a Good Shepherd prepares in advance to leave the rest of the flock to seek out the one who's in danger, always leaving them in care of an under shepherd!
The Good Shepherd searches and searches, until he finds the lost one, and picking him up, putting him around his neck, the Shepherd carries the lost sheep home. 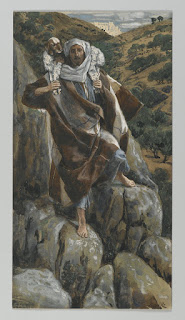 The shepherd doesn't care where he must go to rescue the sheep, he doesn't look where his feet are trudging, he simply goes with one purpose in mind: rescue the one gone-missing.
Take note:
The sheep is a part of the Shepherd's flock.
The sheep is no stranger to the Shepherd.
He knows the Shepherd's voice.
He's intimately acquainted with the Shepherd.
He simply thought he knew better than the Shepherd where the "good pasture" was to be found.
So the sheep picked a different path...and, got himself in tRoUbLe!
Also, take note.
The word for "sheep" in the Greek?
It means "fully grown," "advanced in years," "of a great age..."
This guy/gal should know better...
...but, still...
...and, yet...JESUS.
Jesus goes after.
He's the Good Shepherd.
He's willing to lay His life down for the sheep.
And, when the Shepherd returns home with his lost sheep, He calls His neighbors together for a party.
"REJOICE, for I have found my sheep that was lost!" 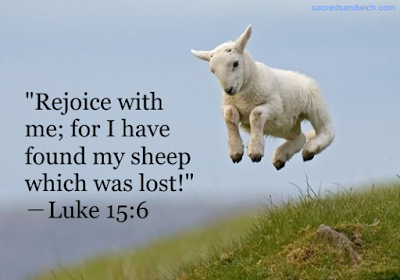 Why so much rejoicing?
As the parable concludes, the key is shared:
REPENTANCE.
The lost sheep has turned back to walk the SHEPHERD-PATH!
That's why we're having conversations like the one above...
There are far too many sheep who have wandered astray...
Grown up sheep.
Sheep who should, by now, know better...
Sheep who should know the Shepherd's voice, and long to follow His path...
But, don't...for one reason or another.
The Good Shepherd is longing for a return of these sheep, 180-degrees back, in repentance, to follow the SHEPHERD-PATH.
The path that is THE WAY, THE TRUTH, and THE LIFE for those who walk that journey. 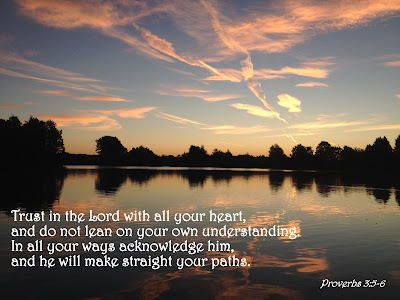