At the End of the Day, What's the Big Deal with Progressive Christianity?

I've wrestled between a couple of random thoughts for this morning's blog.

Think I've settled and will save the other for next week (What Progressives Get Right).

Where I've landed comes out of the Bible Study Bay and I are doing with our small group.

Right now, we are studying the book of Galatians.

It's relevancy in our current world goes beyond coincidence.

And, yet...because the passage comes straight from the inerrant and infallible Word of Truth, why would I doubt applicability in any fashion?

The pondering I've done follows on the heels of a question I was asked recently, "Why is Progressive Christianity such a big deal to you? After all, it's still 'Christian', and like most denominations just varies in theology."

It's a question worthy of an answer.

"When all is said and done, what's the BIG DEAL?"

So, let me address it.

But, before I do, a wee bit of history.

Paul's first missionary journey took him to what is modern-day-Turkey. 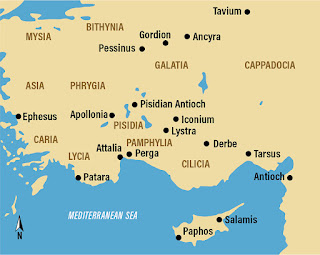 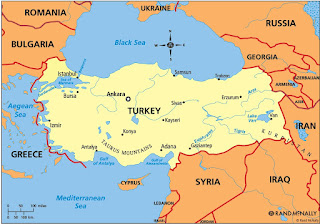 There, he planted several churches among the "Gauls" - men and women from France, who'd re-settled into this area. They were known as "impetuous people." Historians wrote at length about their "fickleness; fondness for change; and, the inability to trust them (Caesar)." The historian, Josephus, records how the nations surrounding identified Gauls as "eminently intelligent and fond of show - quick to change their minds."

No doubt they jumped on Paul's precious gospel message. However, as soon as he left, and "the circumcision party" arrived, accusing Paul of having no credibility, offering the Galatians an incomplete salvation message (and, above all, a people-pleaser) their fickleness and fondness of change moved them a new direction.

When Paul received word, astonishing sadness filled his soul - and, reading Galatians you feel the high emotion of his writing. 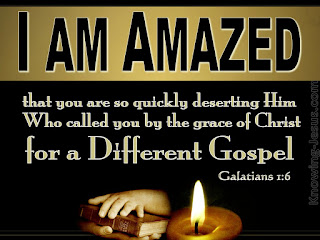 Commentators agree, "This is Paul's fighting epistle. Paul has on his war paint."

Sometimes I feel exactly the same.

This letter of Paul's is very different from His other epistles: he doesn't commend the church; he doesn't offer up praise on their behalf; he doesn't pray for them; there is no mention of where they stand in Christ Jesus; and, there are no "instructions."

This is purely a letter on soteriology (the doctrine of salvation) and the gospel. 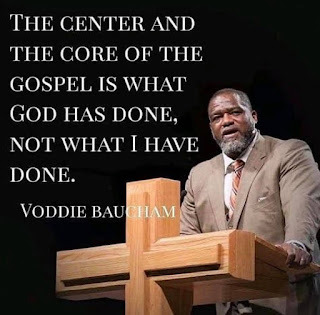 One more thing is different in this book.

Paul doesn't end Galatians (as he does other epistles) with a doxology.

Instead, it immediately shows-up  in verse 5 and, he writes regarding the Lord:

Biblical authorities (much smarter than I) agree Paul purposely placed this verse early on in the epistle. Where it is placed says to the newly planted churches that they are forgetting the most important truth of all - that God is worthy of all glory!

How easily we slide toward Glory-Amnesia.

Similarly, we begin Glory-collecting. For ourselves. Smile.

The Galatians, by virtue of leaning into a distorted gospel, are guilty of robbing God of His "kabod."

(Kabod: Hebrew word for "glory." When weighed on a measuring scale, the heavy worth of God is immeasurable.)

Anytime, we fall prey to a different gospel, we steal God's "doxa."

(Doxa: Greek word for "glory." We fail to give a correct opinion of the character of God to others watching.)

When God is robbed of His glory, for which we were created (Is 43:7), the Good News of Jesus is no longer Good News, but Bad News.

God is jealous (in a good way) for His glory (Exodus 20:3-7) and He will not stand for His character, or His Word, to be maligned.

In fact, this is such a big deal, Paul says, anyone who robs God of His glory is in DANGER of being "accursed." 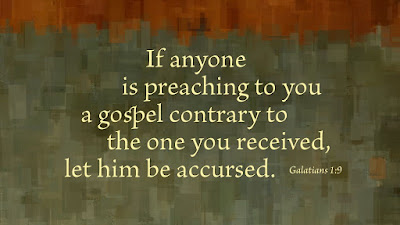 (Accursed. Greek: Anathema. "To be cut off from Christ; a thing devoted to God without hope of redemption. The most dire of woes pronounced on another.")

Herein lies the problem with Progressivism - the gospel identified in their website (https://progressivechristianity.org) is not the gospel, but another...the very redemption of their followers is at stake.God’s grace is minimized. His character maligned. His truth discarded. And His glory robbed.

(NOTE! THERE IS NOT ANOTHER GOSPEL! Only one. Forever, just one! Galatians 1:7)

Yes, Progressivism is a BIG DEAL!

It's a scary big deal! 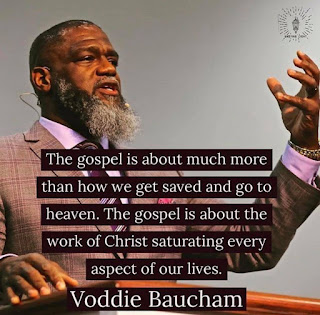