What Progressives Get Right 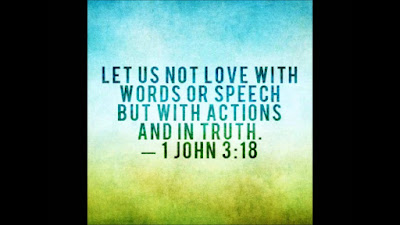 In spite of the many confusing points of Progressive Christianity, I'm attempting to not throw the baby out with the bathwater (that would be a big "whoops!").

As a self-proclaimed follower of the historic gospel, I know that daily examining my heart is crucial.

I continue to ask the Lord to show me, "Where am I wrong?"  "What needs to change in me?"

"How can I serve You better and promote Your Kingdom in this world effectively?"

and; I'm acutely aware that if others are exiting the evangelical church for something different (and many are!), then there's a problem needing fixing.

There's something more attractive about this new-not-really-new philosophy (I can not bring myself to say religion, for it is merely a form of godliness).

If attraction is the reason for the leaving,

something is seriously wrong!

Nothing should be more attractive than the pure gospel of the cross and resurrection of Jesus!

So, along with the questions I've already mentioned, I've added a new one:

"What, then, do the Progressives get right?"

It's a simple one word answer, but, of course, I'll expound a bit. 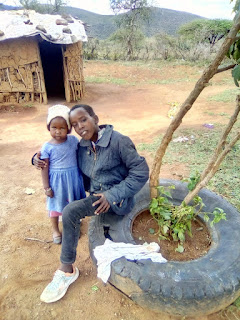 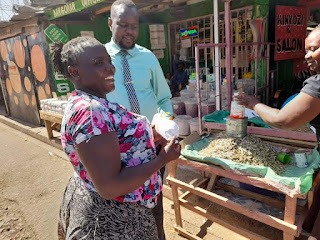 The followers of the progressive movement (at least the ones that I've been in dialogue with) have huge hearts for others.

They are kind, thoughtful, compassionate, hugely sympathetic, and empathetic.

They want to see the needs of the poor eliminated.

There's a longing for all people to feel included, accepted, valued and loved.

They strive for peace among all and justice to be meted fairly (equitably). 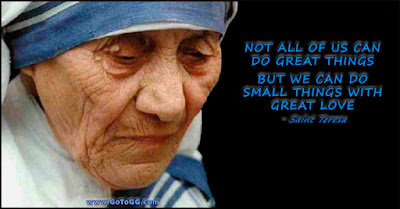 In fact, one of their strongest beliefs is this:

The way Christians behave toward others is the strongest and fullest expression of belief!

To be honest, I can't argue with the sentiments.

I do struggle with the underpinnings of how they want these things to be solved; but I can not argue with "loving our neighbors," "caring for the poor," "visiting the sick and imprisoned;" and holding out hope to all by sharing the GOSPEL of JESUS... 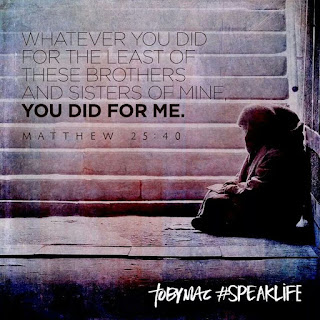 It's exactly what the early Christians did (probably why they were called, "Little Christs").

They took Jesus' words seriously; and, with His teachings sprinkled like salt throughout their lives, this message brought flavor to the followers of The Way. 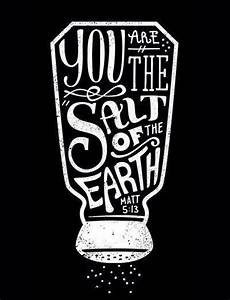 People sat up and took notice.

As a result, people flocked to the Church and "many were added daily."

The first great African theologian (known as the Father of Latin Theology), Tertullian, once attacked pagan beliefs as superstitious and immoral, using the actions of Christians as a morally superior way of life. He took note that as pagans looked on, they openly recognized and declared :

LOOK! Look how these Christians love one another...and, are ready to die for each other.

James, the step-brother of Jesus, expounds in his little book,

"What good is it if someone has faith, but does not have works? Does he have a saving faith? If a brother or sister is poorly clothed and lacking in food, and one of you says, "Go in peace, be warmed and filled," without giving them the things needed for the body, what good is that? So also faith by itself, if it does not have works, is dead (James 2:14-17)!"

Followers of Jesus care for one another. 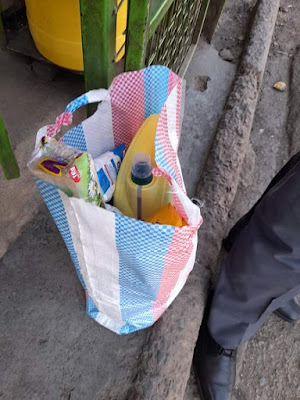 When Paul traveled to Jerusalem from Antioch in Acts 15, his mission fully centered on making CERTAIN he presented the only gospel taught to him by the Lord Jesus Himself, while in Arabia, and that it was the same gospel of Jesus' disciples.

There was only one gospel!

No one was saved by good works.

However, they instructed (probably at James' recommendation), "Remember - keep in mind - the poor..." 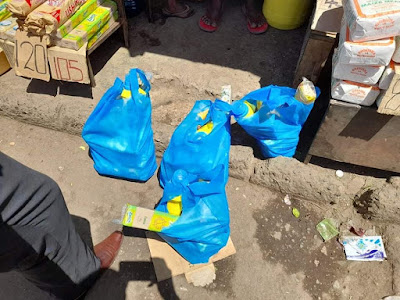 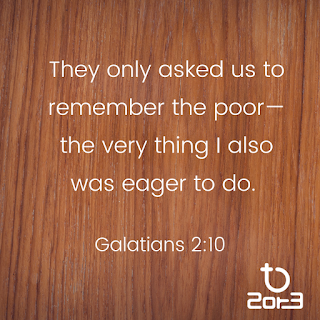 It's time to "eager-up" Church!

How can we do a better job of sharing the gospel...and remember the poor? 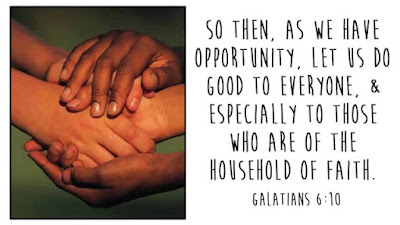 Then it spreads from within the church outside the walls, taking the gospel to others, and caring for needs, making Jesus attractive.

First, we have to get out of our self-centered-mindset, and become more like "Christians" in the true sense.

THIS IS the way of Jesus.

So, it need be the way of His followers (and, might I add, not the responsibility of the government).

And may those watching us adamantly declare:

Look, see how they love one another!