Hosanna! To An Unexpected King!

AND...He made every last minute of every day count.

We begin with this one...Jesus' Triumphal Entry into Jerusalem.

What was this all about? 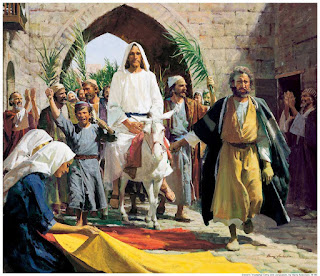 "Behold, your King is coming to you, humble and mounted on a donkey, on a colt, the foal of a beast of burden."
(Zechariah 9:9, as quoted in Matthew 21:5)

They wanted a King.

One who would upset Rome.

Take back what was rightfully theirs.

A King after the order of David.

That was what was promised...or, so they thought, hoped, and EXPECTED.

A powerful, warring King, who would right all wrongs.

The rumors were that Jesus was this King.

He'd even declared it so, or so they'd heard...

So, they came to greet Him. Laying down robes in the road. Waving Palm Branches. Hailing their King. 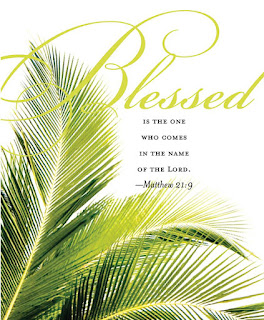 Jesus was never what anyone expected.

He came to conquer the sin that trapped men not the Roman Empire.

He carried a spear, but it was a spear of love -

He brandished a sword, but it was a sword of truth -

He fought for right with His serving heart.

How fitting that He rode in a donkey.

A beast of burden.


For that was the purpose of the Messiah's coming, after all, to carry the burdens of mankind, and help them find rest for their souls...

...and His power would be in the cross. 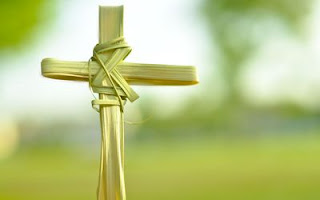 BLESSED is He who comes in the name of the Lord!