I’m sure you’ve wondered about the randomness of these devotionals.  Really there has been no rhyme or reason to the women I’ve picked, or when I’ve picked them, except for the few surrounding the Christmas season.

So, when I sat down to write my thought for this week, I had no clue of whom I might highlight.
Oddly, enough Miriam came to mind – so back to the beginning of the Bible we head again.
There are three stories surrounding Miriam’s life.  The most popular one, of course, is the one that dovetails the deliverance of her brother, Moses, placing him into the care of Pharaoh’s daughter.
The next time we catch a glimpse of Miriam, we get a brief TikTok-version of her "happy dance" that followed the deliverance of her people from Pharaoh’s army at the Red Sea (let’s "watch").
Then Miriam the prophetess, Aaron’s sister, took a tambourine in her hand, and all the women went out after her, with tambourines and dancing.  Miriam sang to them:  Sing to the Lord, for he has triumphed gloriously; the horse and his rider he has thrown into the sea...
(Exodus 15:20-21) 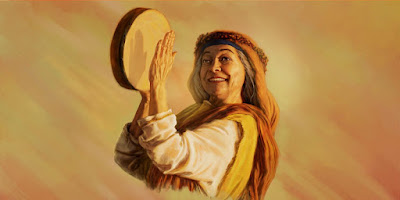 I can hardly imagine that moment (and the heightened emotions), when the feet of every last Israelite landed on the opposite shore.
What was the response when the wall of water, which had been held back by an invisible hand, came crashing down upon the enemy army?
My heart pounds, even now, trying to contemplate what they all felt. 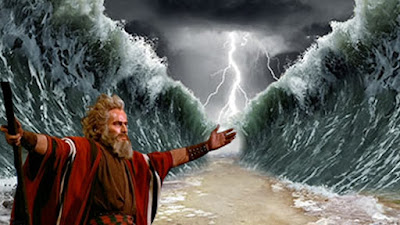 I’m picturing a long period of silence along the shoreline, at last, interrupted by Moses, leading the males of his flock (not sheep, as pertaining to his occupation, but very sheep-like) in a spontaneously written hymn of praise.
When Moses’ voice ebbed away, Miriam picked up her tambourine and the women followed suit; and, they began to repeat the same praise song, adding an ecstatic dance.
In Israelite culture, every joyful occurrence was celebrated with the dance.
Life was filled with too many difficult moments, that when the joyful occurred, it was reason to throw a praise party.
Miriam, a leader among the women, a prophetess in her own right, often led the way, just as she did that day. 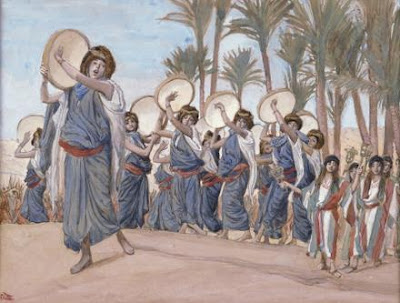 You can read the entire story here: Exodus 15
I’ve had to stop to answer a few questions today.  Here they are:
*  Has God become my salvation?  Absolutely – he is my salvation, not by anything I have done, but by grace through faith.
*  Has the Lord proved himself to be a warrior, mighty on my behalf? Protecting me?  No question – countless times.
*  Have the deep waters covered my enemy?  Indeed, the Lord has taken my sin that threatened to consume me, and buried them in the deepest sea.
*  Is there anyone like my God: majestic in holiness, awesome in glory, working wonders on my behalf?  None!
*  Has His love proven unfailing? His strength been my guide?  His redemption complete?  Time and again!
&  Is God good?  Is He on His throne as Sovereign Lord?  Yes – he cannot be untrue to His character! 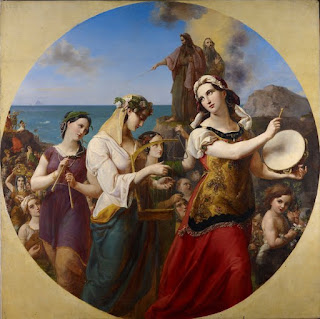 DAILY, I have a reason to dance!
There is always reason to pick up a tambourine and celebrate - no matter what the circumstances are in my world!
My God has triumphed gloriously on my behalf.
Some may trust in horses and some in chariots, but I am able to trust in the Lord God, Creator of the Universe, Savior of my soul, Righteous Redeemer, Friend, Bridegroom, Husband... 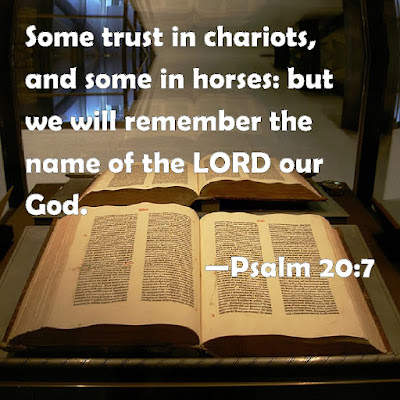 And, now I have to ask:
What binds my feet to the floor and prevents me from celebrating Him with joy?
We aren't far away from the most joyous of all Christian holy-days: EASTER.
The greatest day of victory in our history!
This unparalleled event proves our deliverance from an unprecedented enemy!
Let's all pick up our tambourines (and, if you don't have one, make one!)...
Let’s begin even now, celebrating with song...
Let’s move our feet...
Let's find our Happy Feet! 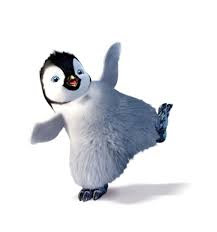 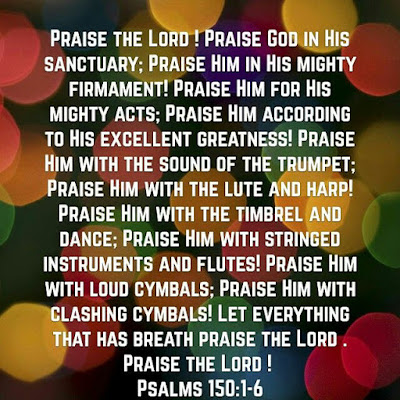