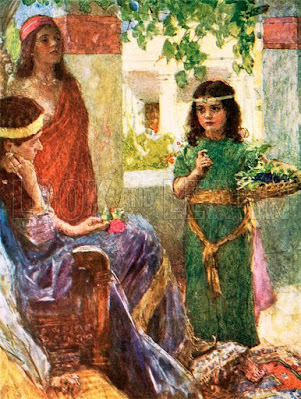 It only takes four verses in 2 Kings, chapter 5, to tell a delightful little short story.  The narrative doesn’t begin well, but it certainly has a fairy tale ending!  Here’s how it begins in verse 2:
Now bands from Aram had gone out and taken captive a young girl from Israel and she served Naaman’s wife.
These “bands” were marauding military raiders, probably sent out by General Naaman, himself, to put the final exclamation point on a decisive defeat of the Israelites. The raids were meant to humiliate the Israelites even further.
It hurts my heart to imagine the plundering spree of these fearsome, wild-hearted men, drunk on high emotions of a tremendous victory.
The only possibility that brought any measure of control to their actions, weighed on the high greed of their hearts.  The thought of money caused them to stop momentarily in their ruthlessness to place a value on their spoils.
So, this band cautiously spared a few “things.”
One of these was a young girl, who will forever remain nameless, while we are on earth. 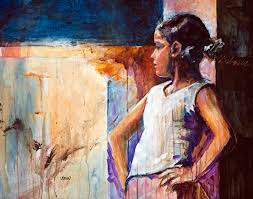 Naaman, the commander of the king’s army, purchased her to serve his wife.  He handpicked her.  While this isn’t a devotional about Naaman, his life is so intricately involved in this young girl’s story, that we must mention him.
Naaman was valiant, brave, and highly regarded by the king (vs.1).
However, there’s a “big but” in the middle of his world that caused him no small measure of pain and heartache.  This “but” contrasts and off-sets in a big way his prowess as a man and as a soldier:  he had leprosy.  Naaman’s life was being eaten away before his eyes from the outside inward.
Yet, in spite of having been ripped away from home, culture, family, and all this little servant girl knew and loved, she cared deeply.
She said to her mistress, “If only my master would go see the prophet, the man of God, who is in Samaria.  He would cure him of his leprosy (vs. 3). 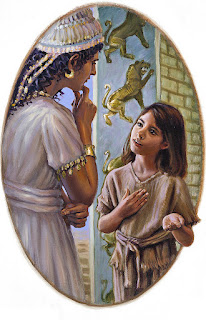 There’s a lot left unsaid between verse two and verse three.  We don’t read of the extreme alarm and high anxiety that resided in the hearts of Naaman or his wife.  We aren’t told how, as his conditioned worsened, so did the feelings of hopelessness.  We don’t hear the cries of discouragement interrupting sleep in the middle of the long, anxious nights.  We can’t begin to feel the heaviness of despair as more spots were discovered.  We aren’t privy to the conversations.  We don’t sense the frustration over the inability to touch, hug, console, or bandage your spouse for fear the disease could spread.
We don’t see words which tell us that Naaman and his wife related to their slave girl, because they, too, were enslaved.  Their master, Leprosy, was uncaring, cruel, and harsh.  So, they chose not to be.  We’re not told this; we can only assume it, because we do know this young girl found herself deeply affected by the story of this couple who governed her very existence.  As a result, she could not keep silent.  She believed deeply that she held the only key to Naaman’s freedom, and she offered it.  Would I?  Or, would bitterness keep my mouth closed.
These four verses speak volumes about this girl’s love, compassion, submission, humility, and uncomplaining spirit.  They also reveal the credibility she had earned with Naaman and his wife.  Naaman listened...and, end of story, discovered restored health and freedom.
Oh, that the sweetness of this little girl be mine... 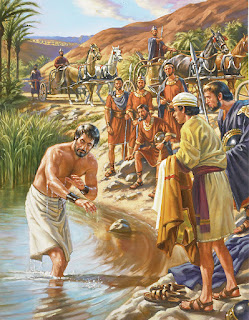 So, what else do I learn from this young girl?
Life doesn’t always go according to my plan.  It can make me bitter or better.  In her case...better!  Though, it may not go according to my plan; it always goes according to God’s plan (“through Naaman the Lord had given victory to Aram”).  Life’s circumstances may be scary, brutal, harsh, strenuous, frustrating, discouraging, unhappy, hopeless, or (you can add your word) _______________________ (now, add one of those “big buts” right here...);
and, I’ve been given a mission in the middle of it all:
To speak God’s good news; to help bind up the broken hearted; proclaim freedom for the captives and release prisoners from darkness; to comfort those who mourn; to provide those who grieve a crown of beauty instead of ashes  (Isaiah 61:3).
Today, I am vividly aware that none of my mission will happen, unless I learn to live in the fullness of the Spirit, and let my Lord develop the same character as that of a young captive girl in Aram.
Lord, hold me captive in your love, and let me live as your servant...sweetly surrendered... 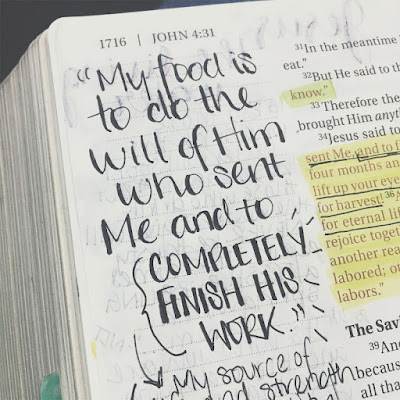